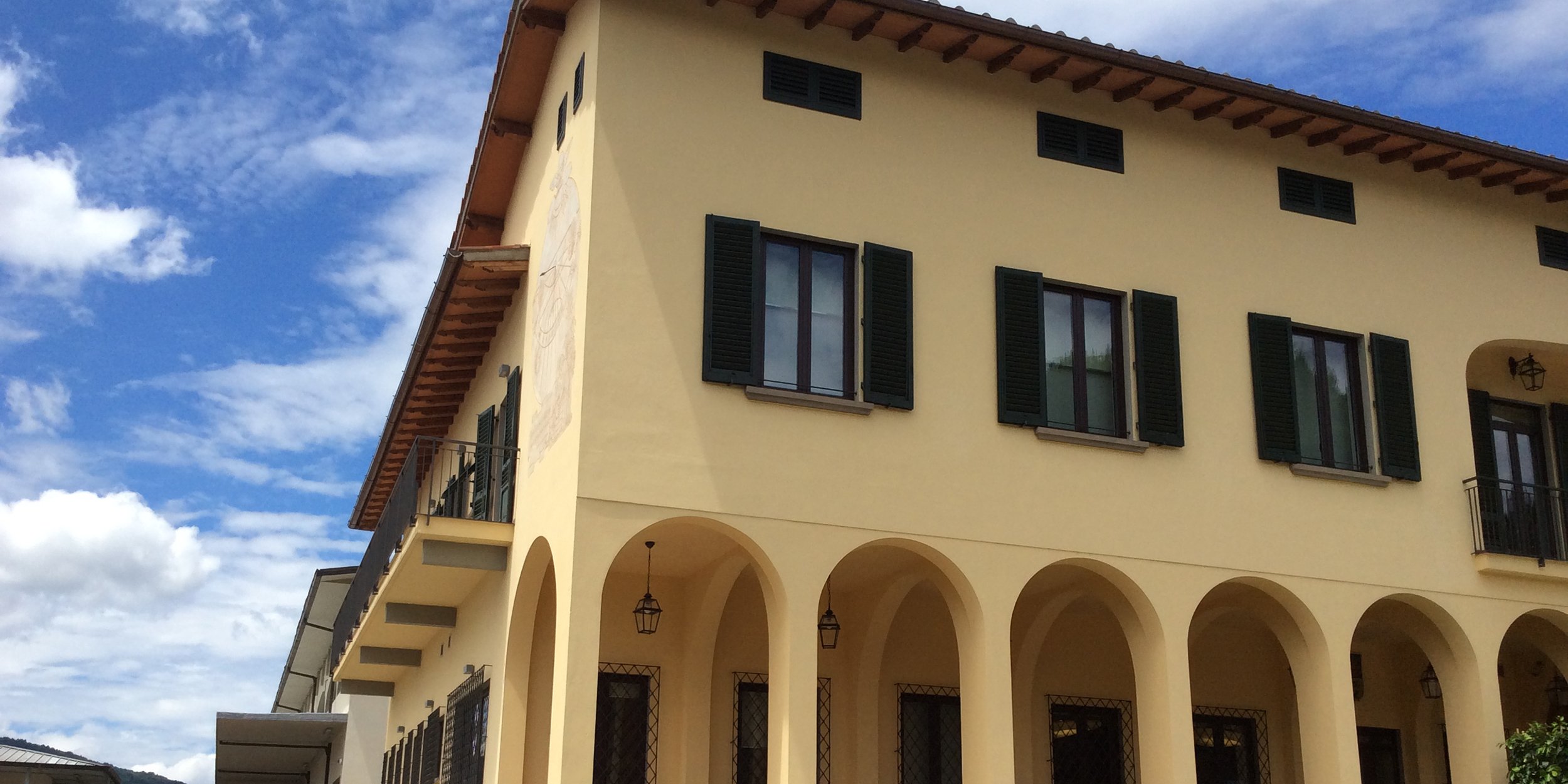 1877 was the year in which Ruffino was established, when Tuscan cousins Ilario and Leopoldo Ruffino discovered their calling and ambition in life: to make ideal wine. Their project took shape in Pontassieve, a few miles from Florence, which was in sparkling form following the city’s fleeting role as the temporary capital of the Kingdom of Italy.

Ambitious, capable and visionary, the Ruffino cousins chose a strategic location for their winery, straddling the rail tracks, the first of its kind in Italy. The site contributed to the company’s well-traveled mindset. Modern and innovative, Ruffino wine quickly became a pioneer, gaining acclaim overseas. Recognition hailed from countries such as France, such as the 1895 Bordeaux Gold Medal, esteem by leading names like Giuseppe Verdi and appreciation among the local community, with which Ruffino immediately showed a natural affinity.

The company changed hands for the first time in 1913, when the Folonari family took over the ownership. Having survived the First World War, thanks to the foresight of the new proprietors, Ruffino wines set sail for America, where they were enjoyed so much that they went on to be sold in drugstores, overcoming Prohibition.

In the 1920s, the history of Ruffino entwined with the history of Chianti. The Consortia of Chianti and Chianti Classico were founded and Ruffino developed its identity around the appellations, laying the foundations for extraordinary growth. The first vintage of Riserva Ducale dates to 1927, named for the Duke of Aosta, who had fallen head over heels with the memorable “Stravecchio” wine in 1890, appointing Ruffino as royal supplier and placing an order.

During the Second World War, the sizeable Ruffino headquarters were mistaken for a production hub due to the location by the rail tracks and suffered heavy bombing. It was a terrible time in the company’s history, but Ruffino had the strength to get back on its feet and rebuild like the whole of Italy.

Ruffino’s greatest successes always come from complicated scenarios. Flasks and bottles for immediate transportation were produced close to the winery and the tradition of the straw weavers was alive in Pontassieve as women wove the rounded containers in a straw embrace. The post-war rebirth of Ruffino is symbolized by the arrival of Riserva Ducale Oro in 1947, an expression of a magnificent vintage and proof that the best Chianti wine can stand the test of time. 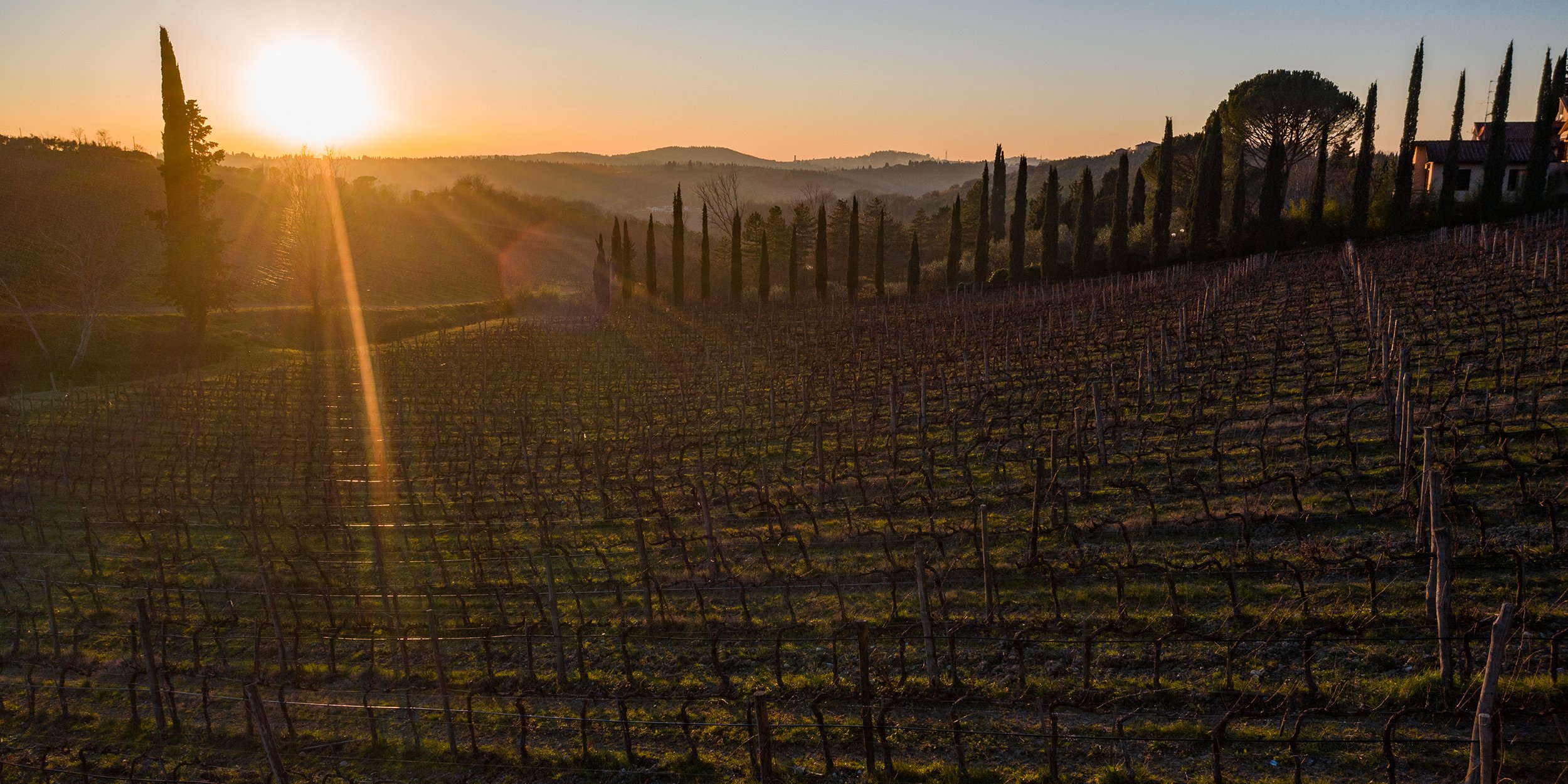 In the 1950s and 1960s, Ruffino became a famous brand, and the stars of the time did not turn down the chance to visit (and have their photos taken) at the winery. These were the years of “La Dolce Vita” and Ruffino immediately positioned itself as an expression of the authentic Italian lifestyle that the entire world was beginning to admire. The pleasure of company, socializing and a thirst for life have characterized Ruffino wines since that time, whether on long wooden tables or linen-covered place settings in refined restaurants.

The company’s growth was temporarily interrupted by a natural disaster on November 4, 1966 as the Arno and Sieve rivers flooded their banks. Many of the winery’s bottles were lost in the damage, floating in the murky water.

The following achievements were products of development and innovation: the much-loved flask was replaced by the brand-new “Florentine bottle” and Ruffino was the first to receive the new Chianti DOCG label: number AAA00000001.

Change also involves strategic choices with the purchase of important Tuscan estates in the best wine regions such as Chianti, Montalcino and Montepulciano, embellished by villas and castles, but most importantly Ruffino’s own vineyards. 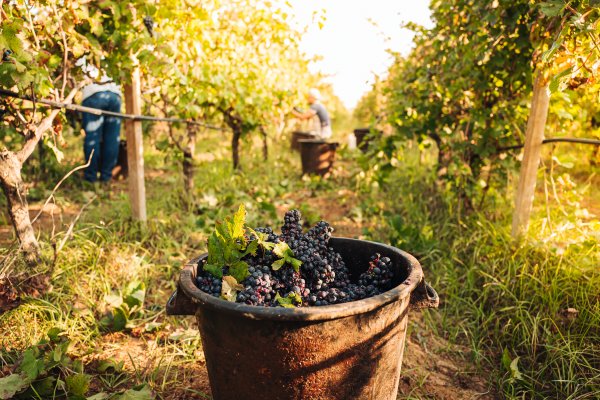 Sustainability is important to us. Discover the pillars of Ruffino Cares: Environmental sustainability, Responsible drinking, Commitment to others and Women Empowerment. 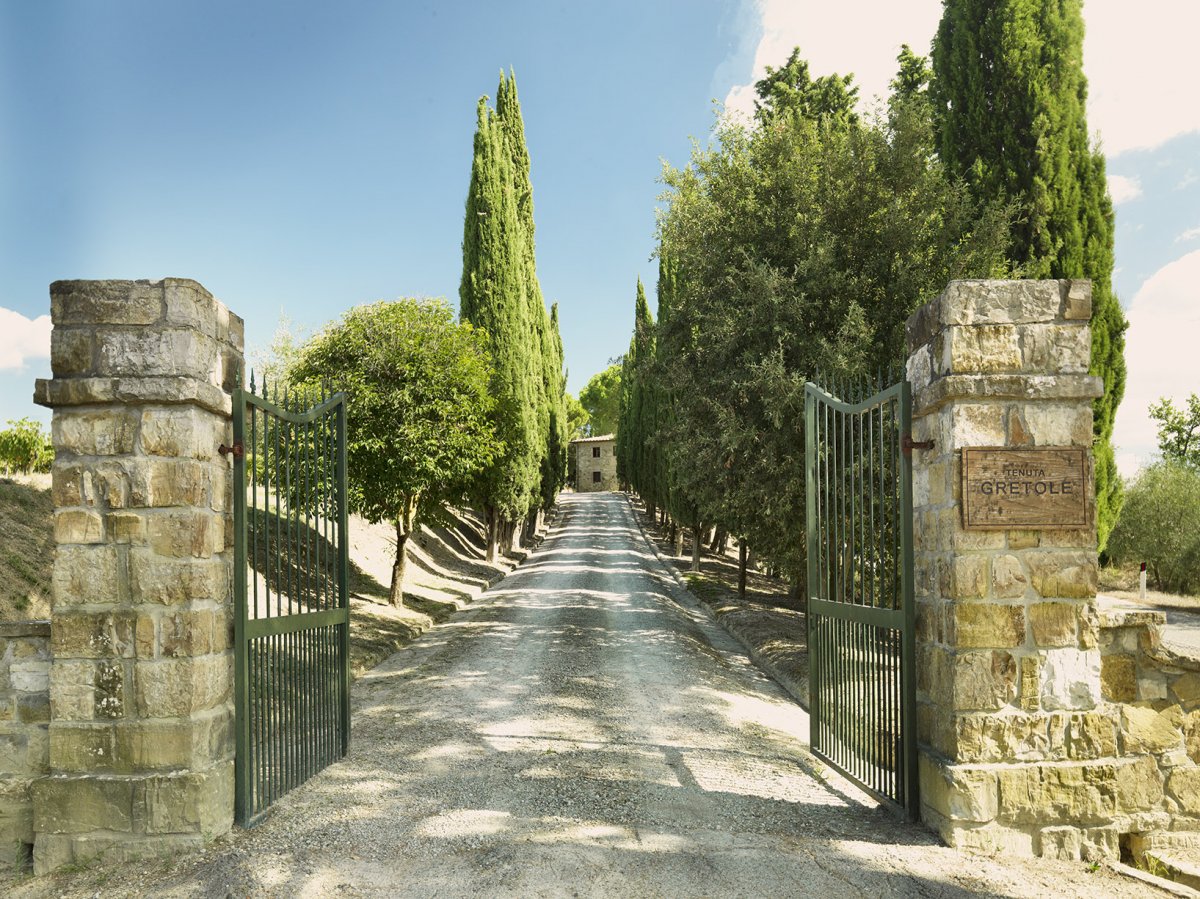 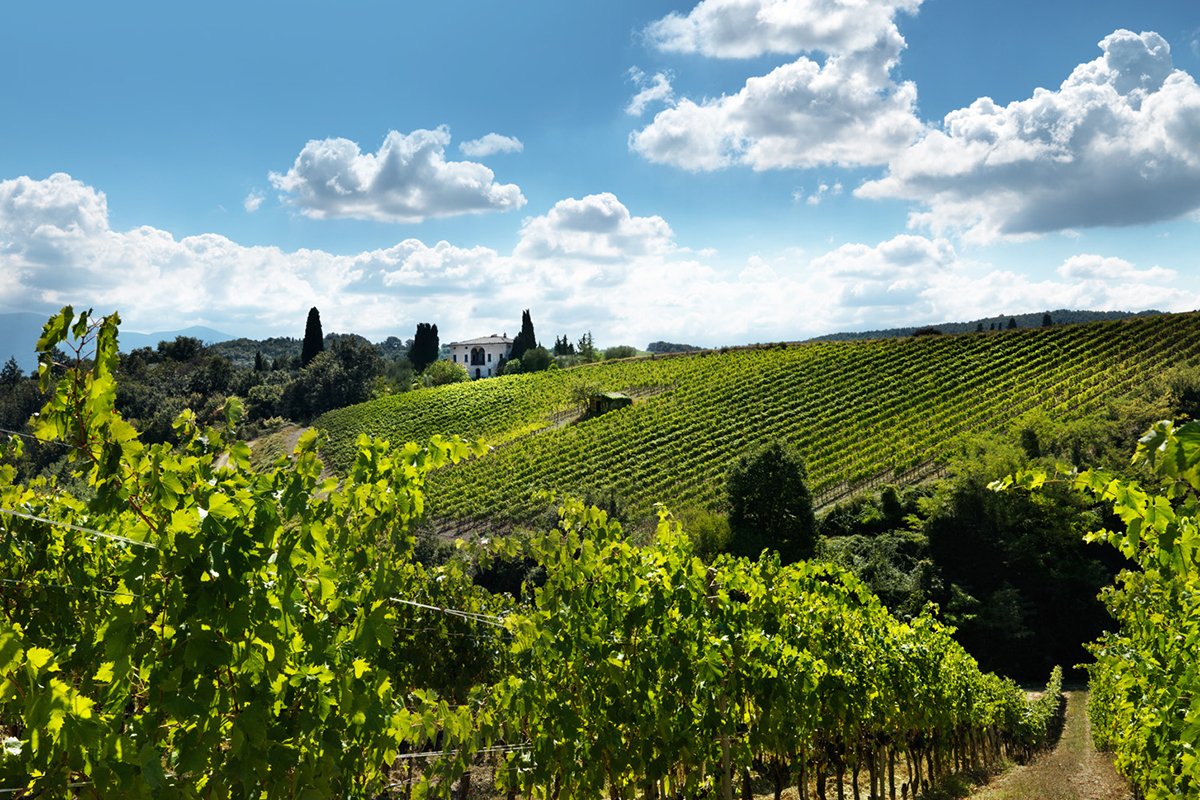 The latest news in the world of Ruffino: press releases, articles, videos, and awards. 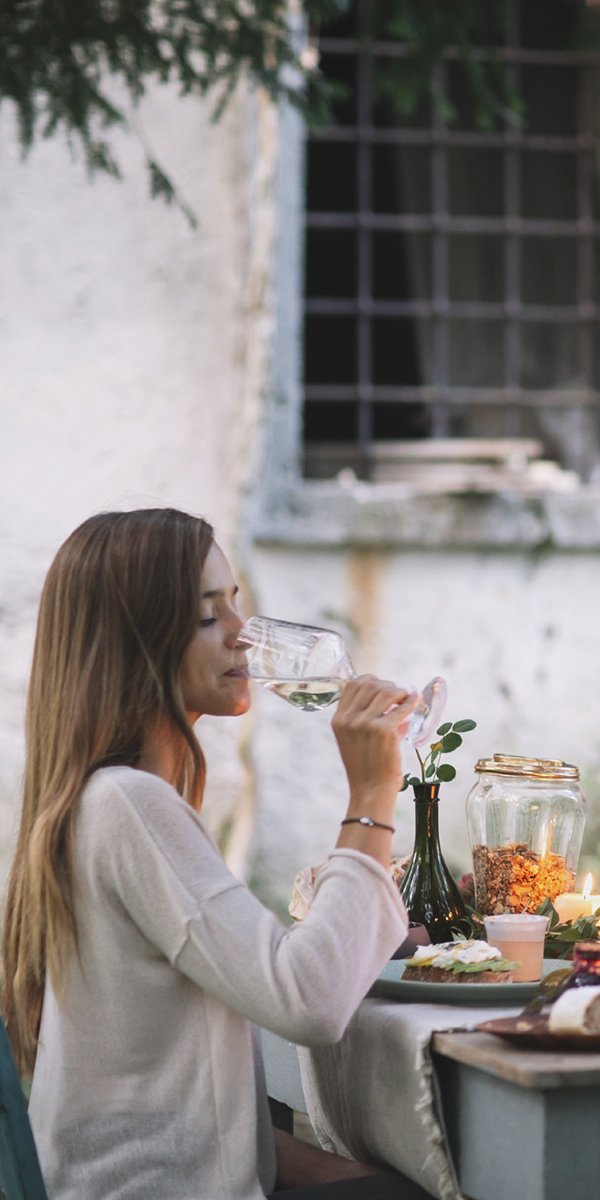 You can order Ruffino wines by contacting our Brand Ambassador at hospitality@ruffino.it and have them delivered directly to your door, or via the home delivery service offered by Winelivery. All our products including old vintages and limited editions are also available in the shop on the Poggio Casciano estate, near Florence.